This Boy, This Broom, a collection of nonfiction essays, explores the world of the modern movie theater and its inhabitants. What really goes on behind the scenes while America watches the latest Hollywood blockbuster? Cunningham, a former usher, touches on the sticky truths often concealed by the facade of the multiplex.

Paul Edward Cunningham is a former literary arts student of the Lincoln Park Performing Arts Center in Midland, Pennsylvania. He co-edits literary magazine, Radioactive Moat and his work has appeared in a variety of journals including Read Some Words, decomP, Dogzplot, H_NGM_N, Haha Clever Dot Com, WTF PWM, Writer’s Bloc, and Pinstripe Fedora. He is a contributing writer to the Open Thread Blog and his interest in sound has led to the development of several audio projects including People with Noise. 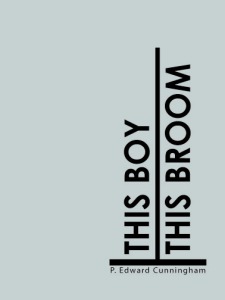 This title is no longer available.